20+ years of heart-throbbing, mixing music at some of the country’s hottest clubs.

AND MANY, MANY MORE. 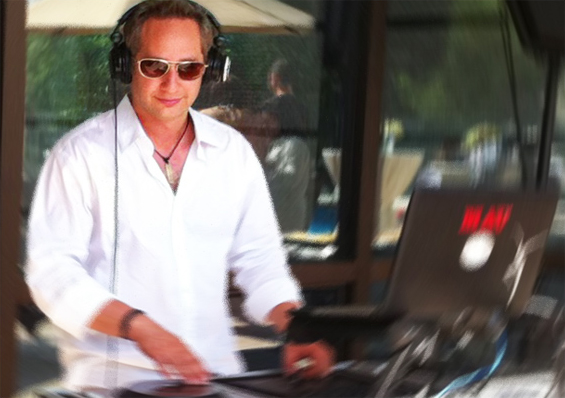 Best of The Knot Hall of Fame Awards. Based in Hudson Valley–serving NY, NJ, CT, FL & beyond.

DJ Mav was born and raised in NY and began spinning at 17 years old–within two years, he earned a full-time club residency with a diverse crowd, which built a solid foundation and greatly influenced his signature style. DJ Mav developed a unique blend of mainstream & underground music that crossed all genre boundaries. His talent, creativity and taste in music makes for consistently exciting live shows. With versatility and variety being core strengths, DJ Mav can cater to any audience and always keeps the crowd moving.

During his residency at the X-Lounge in Charlottesville, DJ Mav introduced an innovative NYC-style mix show to the pop-dance crowd, earning him the title and honor of “Best Dance Party in C-Ville”. Upon returning to NY, DJ Mav began spinning at TAO in NYC for private parties, including a special performance for Jennifer Aniston’s movie release.

From charity events for Live Arts to ultra-lounges & dive bars, in his 20+ years of experience–DJ Mav has done it all.

DJ Mav is influenced by a wide variety of artists and continues to hone his craft as a cutting-edge DJ and musician. His main influences are DJ Manny Mann from Brooklyn & DJ Bis from San Jose, Costa Rica, both the top-of-their-game DJs who make a living doing what they love, selling out clubs. DJ Mav in currently residing in the Huston Valley and travels throughout the east coast to performs in a variety of dance clubs and events. He brings the part to life through his passion for music and desire to give the crowd a modern, but familiar sound.